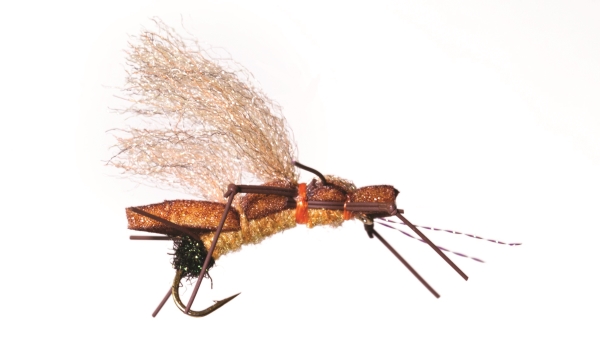 For me, much of fly tying is borne out of observation. The Egg Drop Stonefly evolved as I spent time chasing the Salmonfly and Golden Stonefly hatches on the Henry’s Fork in ID. There are already a host of great patterns available, but I couldn’t find the right combination of the features I wanted. It needed to be low riding, but highly visible. Getting the correct size, profile, silhouette, and color combination became crucial. The pattern became a melding of features from Wil Dornan’s Water Walker, Mike Lawson’s Henry’s Fork Stones, and the venerable Chubby Chernobyl. The result is a realistic and effective gravid Stonefly that trout can’t say no to. This fly has quickly become a new staple in fly boxes. It is available in Salmonfly, Golden Stone, and Skwala. 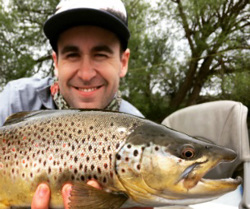 Kurt Vest is a board certified Pediatric Dentist who chases "sugar bugs" by day, and dreams of trout bugs by night. His time at the vise is driven by his time on the water, where hours and experimentation fuel his fly pattern development. Fooling trout into eating a clump of junk tied onto a hook is as fulfilling and exciting to him now as it was the first time he taught himself to fly fish over 20 years ago.