The 80/20 of Fly Fishing
by Gilbert Rowley

Fly fishing is a never ending journey that allows the adventurer to learn for a lifetime. A handful of times along my path of learning I've heard the saying that 20% of fishermen catch 80% of the fish. I never quite understood what it would take to be a part of the 20% group that allegedly catches most of the fish, until one day I met up and fished with my friend Devin Olsen for the first time. This was a few years back when I kept a fishing journal, a skill that regrettably only lasted a few short months. Here is a portion of what I recorded that day: 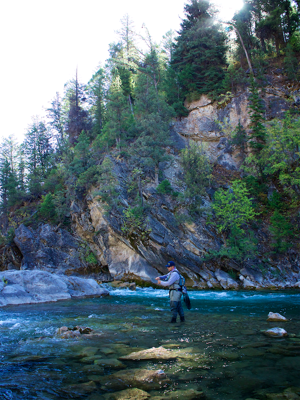 Today I fished with Devin Olsen. He is my friend from college that is on Fly Fishing Team USA. I have never seen anyone catch fish like he did! He was very efficient and systematic. I listened to his advice and caught more fish than I ever have in a single day. Devin was very nice and patient, and I learned more today than I would have in an entire year by myself.” 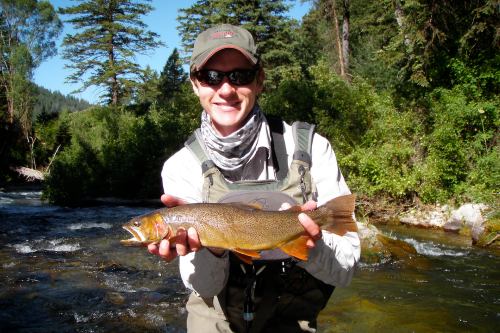 Devin Olsen around the time he introduced me to Euro Nymphing

That was the day that my journey took a sharp left turn into a realm of fly fishing that I never knew existed. Devin was fishing a method he called "French Nymphing" for lack of a better term. It incorporated a long leader with a colored section of hi-vis mono tied a few feet above their first fly. Up to that point I didn't know hi-vis mono existed outside of the ice fishing world. He was also nymphing without split shot which caught my attention since I detested putting on and taking off those annoying but necessary little sinkers. However, even without weights, his flies were achieving depth relatively easily. I was baffled! He taught me about heavy tungsten beads and how he changed the size of fly to achieve either shallower or deeper depths depending on the water type he was fishing. I don't think Devin knew at the time the monster he was creating... nor did I know how to put on the brakes. All I wanted to do was learn more about this mysterious method he referred to as French Nymphing. 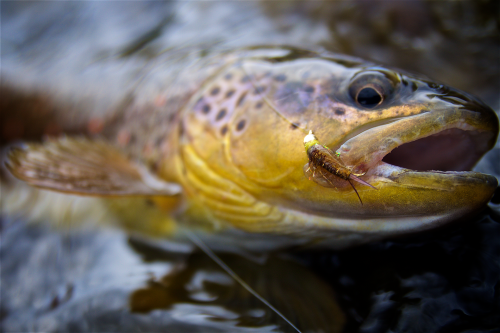 Since then both my time at the vise, and my time fishing have been much more rewarding. I focus my efforts on that which brings the most success a higher percentage of the time. Most of us have heard that fish do at least 80% of their feeding subsurface. To my simple brain that means I should probably be spending 80% of my time nymphing. When a good hatch kicks up, or the streamer bite is on, I'm all in. Nymphing isn't always the answer. However, for the past 9 or so years I've proven to myself time and time again that if I want a greater chance at more fish, and quality fish, nymphing is the way to go most of the time. 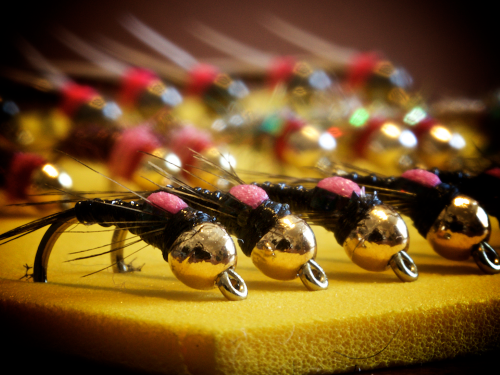 Let's take that one step further. As I mentioned above, Devin called his deadly nymphing technique "French Nymphing". Turns out it was something that he, and other Fly Fishing Team USA members such as Lance Egan, had seen oversees while representing our country by competing in a type of fly fishing olympics. At these events the world's top anglers from dozens of different countries compete using fly fishing techniques. Turns out that much of the time these competitors are nymphing long leaders with heavily weighted tungsten nymphs. After more than a decade these techniques have been fine tuned and improved upon by Lance, Devin, and other competitors and turned into a simplified system we now call Euro Nymphing. These modern nymphing techniques are extremely effective in most rivers and streams, and now days there is a lot of information out there that can teach you all about it. For example the recently released instructional film "Modern Nymphing" that Devin, Lance and myself recently released. Also advantageous is the fact that tungsten beaded flies are now much easier to find then they once were.

Personally, I'd guess that 80% of my time at the vise is spent tying and designing tungsten beaded nymphs. Only fitting since 80% of my fishing time will be used utilizing these flies. I have also come to the conclusion that the concept of "20% of fishermen catch 80% of the fish" is feasible if those in the 20% group have fly boxes that are 80% full of nymphs.

Gilbert Rowley is a fly fishing enthusiast that loves to share his knowledge on the sport with others. He is a Utah native and fishing guide and currently guides on the Provo River. He is an avid fly tier/designer, acclaimed filmmaker, and runs a website called Fly Tying 123. Gilbert graduated with a Bachelor’s in Fisheries and Aquatic Science from Utah State University. Photography and entomology are among his favorite aspects of the sport, and he believes that with the right tools and instruction anyone can learn to love fly fishing. He recently teamed up with two members of Fly Fishing Team USA–Devin Olsen and Lance Egan–to make a video entitled “Modern Nymphing”, which teaches European fly fishing techniques.

Great article and I concur.
1 Comments