Mayfly hatches are often talked about among trout fly fishers. Matching the hatch is the name of the game. During the summer months you can be pleasantly surprised to run into more than one hatch on your local river. This was my experience on a recent fishing trip to the upper Midwest. 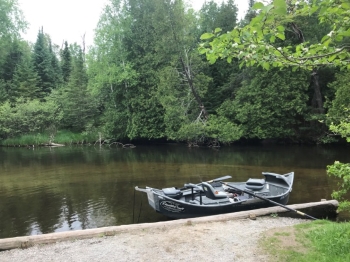 As my fishing buddy Chad Fath and I unloaded the boat and floated downstream we first noticed the presence of Brown Drakes circling and flapping their way around the water's surface. We were anticipating these rather large dark brown insects because of reports from the local fly shops. Brown Drakes (Ephemera simulans) can be found in rivers across the country and frequent many rivers in the Midwest. They are the first large mayfly to hatch in our area and help send trout into a feeding frenzy.

We started the day floating large Brown Drake patterns down runs and across pools searching for rising fish. We found nice browns looking for a nice Brown Drake meal.

As we continued fishing downstream we noticed several brightly colored, small yellowish mayflies with light tan wings fluttering around us. Yep, you guessed it, they were Sulphurs! These Sulphurs (Ephermerella invaria) were not hatching as heavy in comparison to the Brown Drakes we saw. However, we continued to see Sulphurs the rest of the float. Jason at Troutnut.com says “they are among the most adaptable of mayflies, thriving in many types of habitat. They inhabit warmwater streams as well as cold and are found up and down the channel in riffles, pools, and runs. They are most prolific in deep, gravel-bottomed riffles.” These mayflies are common in the east and throughout the Midwest and are known for their ability to attract trout.

Shortly after the first appearance of the Sulphurs we caught a glimpse of another welcomed mayfly. Chad noticed the first one hovering around my head. “I think that it is a Mahogany Dun” Chad said as I quickly turned and scooped one in the cup of my hands. Mahoganies (Isonychia bicolor) are smaller than the Brown Drakes that we had been seeing earlier and are a brownish, almost burgundy colored mayfly.

Mahoganies were fluttering everywhere for the remaining stretch of our float and were the dominate hatch of the day. So we switched dry flies to more closely match the hatch. After seeing and fishing to many rising fish we came across a fish that was willing to play. I made a cast out in front of where the fish was holding. He smashed my dry and it was fish on! I had him hooked and he felt quite heavy especially on the 4 weight rod I was using. Actually it was a little too much fish for my rod, but the fight was on and I guided him towards the boat, while Chad grabbed the net and scooped him up. Landed!

This nice brown trout was the icing on the cake to our evening float with multiple mayfly hatches. Understanding the hatches of the waters that you are fishing along with learning what the fish are looking for will make you a better angler. It is a good idea to always go prepared with the fly patterns to match the various hatches that you might encounter. Here are several patterns that Rainy’s offers that match the hatches that we observed. 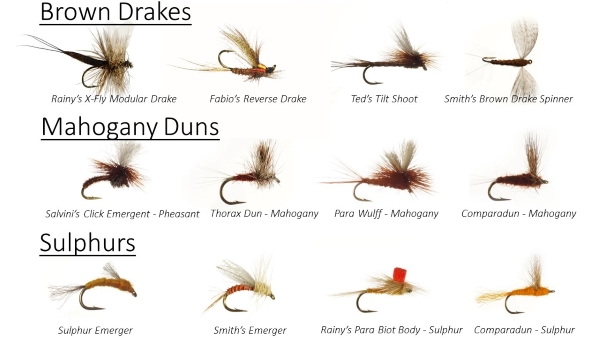 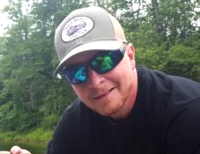 Paul J. Beel is owner and fly tier of the website and fly tying business, FrankenFly at http://www.frankenfly.com. He is an Orvis Fly Designer and ties for many fly shops in the Midwest. His flies have appeared in Fly Fusion Magazine, Tail Magazine and North 40 Fly Shop Emag. He is also the creator of his own line of fly tying dubbing called FrankenDub.