ATTRACTOR PATTERNS: When and Where
by Harrison Steeves 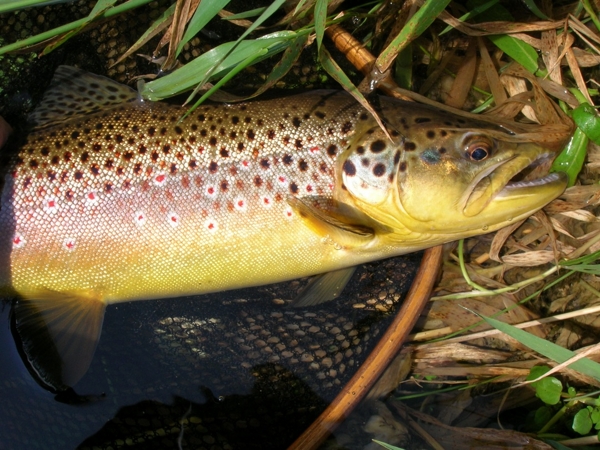 You got up early, drove some distance and have now arrived at the trout stream you’ve been looking forward to fishing. The problem you face is that while you were anticipating a hatch and some surface feeding activity there is nothing going on at all; not even a dimple. OK, there area few ways to deal with this problem. You can try fishing streamers, and nymphing is a distinct possibility; but you really wanted to fish dry flies to rising fish so what do you do? If you want to fish on the surface the answer is to tie on what is considered to be a dry “attractor pattern”. Notice I said a “dry” attractor pattern. There are certainly subsurface “attractor” patterns but let’s limit this discussion to the dry variety for now. 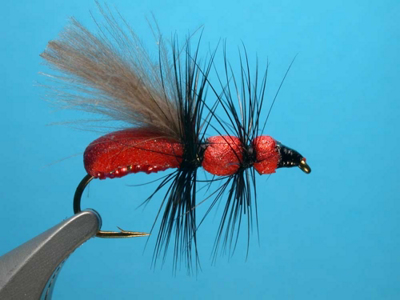 First of all, what defines an “attractor” pattern? To my way of thinking, it is probably any dry fly that is not specifically designed to imitate a specific insect and there are certainly an abundance of these. Take the Royal Wulff and Humpy for example. Lee Wulff was once asked what his Royal Wulff pattern looked like to a trout and his answer was “strawberry shortcake”. These two patterns don’t mimic anything in particular but they scream “food” to a hungry trout and have accounted for thousands of trout taken over the years. What about the Chernobyl Ant, the Stimulator, the Adams and the Irresistible? To my way of thinking, again these all fall under the heading of “attractor” patterns. They don’t really mimic anything in particular but seem to have a unique ability to “attract” fish to take the fly. They all have one thing in common though; they look like something that might be good to eat.

Are there favorite attractor patterns? Of course; but if you ask a dozen fly anglers what their favorite attractor pattern is you might well come up with a dozen different answers. I certainly have my favorites as do my friends and they all work so you are free to pick your own poison, so to speak. Try a number of different patterns, stay with those that work best for you, but don’t be afraid to experiment with new patterns.

I believe that the most important thing to remember when fishing any attractor pattern is not necessarily the pattern itself, but how and where you fish it. You need to get the fish to eat the fly first and foremost and attractor patterns have the tendency to attract big fish that, typically, eat a lot. Big fish inhabit definite “lies” which give them cover from predators. Undercut banks, log jams, blow-downs, ledges, are all prime locations and the attractor fly should be fished as close as possible to any and all obstructions. Being able to accurately place an attractor pattern under overhanging streamside vegetation or close to an undercut grassy bank is a prerequisite to success. Be ready to lose a few flies in the process – its all part of the game and if you aren’t breaking off a few every now and then you aren’t getting the fly to the fish. In light of this throw away your 6X tippet. Attractor patterns attract big fish and big fish usually hang out around heavy cover. Start out with 3X and go to 4x if you have to. If there is open water near the cover you are fishing to then 5X might be OK. In my experience a large trout pays little if any attention to tippet size when its after a big attractor pattern. 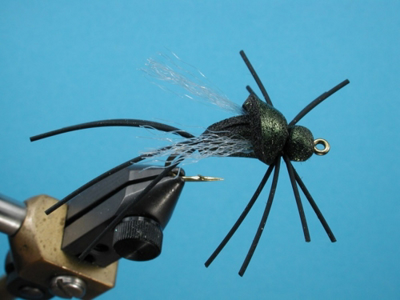 There are plenty of books and articles on “reading the water” and how to determine where the preferred lies of trout might be. These are good articles and you can learn something from them, but nothing can take the place of hours on the stream and knowledge gained from first-hand experience. If you aren’t willing to spend the time on the water to learn where these areas are then fishing an attractor pattern is not going to be a very rewarding experience. You simply have to learn where to place the fly for the best possible results. For example, never pass up the water in front of a large boulder in the stream. Big trout tend to hang in front of them (something to do with stream hydraulics) and will readily take an attractor pattern.

Try some attractor patterns next time out. I guaranty you’ll enjoy the experience. Matter of fact you might spend most of your time in the future playing around with them. Do I have my favorites? Of course; but you need to figure out your own. That’s all part of the fun. 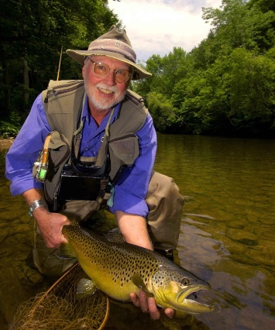 Harrison comes from a long line of fly fishermen and tiers where his love of tying came from my father’s efforts at the tying bench. He learned a great deal watching the intricacies of tying through observation and pretty soon he was catching fish on my own flies. Being raised in Alabama, he had tried everything - wet flies, nymphs, dries, streamers, etc., He learned that bluegills, “red eye” bass and a bunch of other warm-water species were fine game on fly rods. He eventually planned a fishing trip to Tennessee and North Carolina where he lost his heart to trout. It was the experiences that he had on this trip and many others like it that helped him dial in his tying and become innovative and imaginative, and to listen to what the materials were trying to tell me. Although he an accomplished tyer, fisherman, and Author…the real satisfaction is to know that others enjoy fishing with patterns that he has created. Harrison is a retired Professor of Biology and has been a professional guide and fly fishing instructor for almost eighteen years.

I fish attractors almost all the time. Even during a hatch they can stand out and you can catch more fish than you might otherwise.
I see you have "attractor" nymphs here shown, but not much info about them. I have found that you follow the same rules. It does not matter if you are fishing the surface or below. Nice flies by the way!
Nice flies! I would love to buy some of those patterns. Where can I get them?
Ross, for where to find these and (any other flies), e-mail us at "info@rainysflies.com" and we can help you find them through one of our many dealers.
4 Comments